By Dan Yates13th March 2021Save the Blue Heart
One Comment 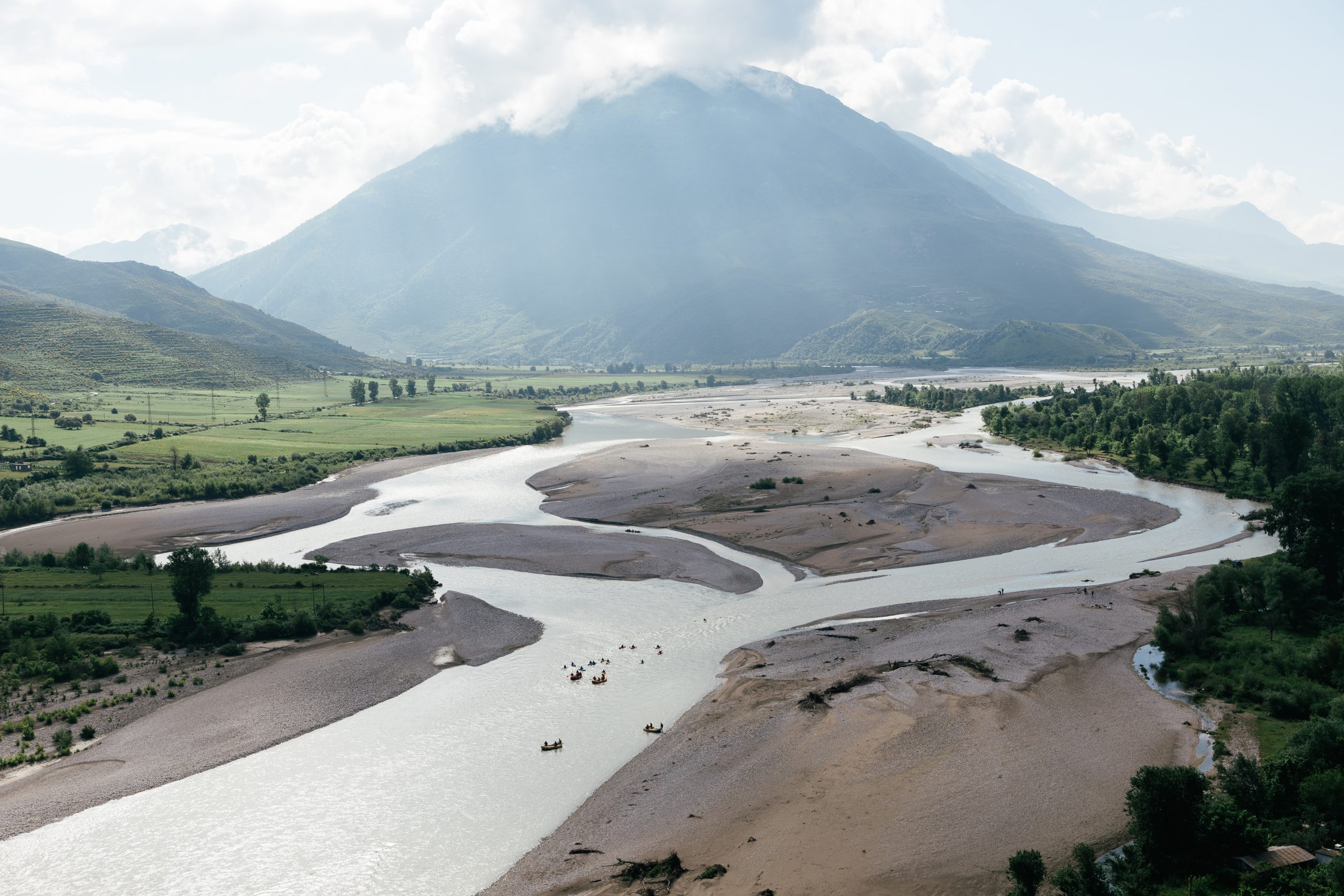 Scroll down to TAKE ACTION

In 2018 the Save the Blue Heart of Europe campaign run by a coallition of NGOs from across Europe temporarily halted dam construction on the Vjosa.

In September 2020 Albanian PM Edi Rama tweeted that the Vjosa would remain dam free and in Dec 2020 some protected areas on the Vjosa (primarily the Vjosa-Narta protected area) were extended.

The NGOs working on the ground (primarily Eco-Albania, River Watch and EuroNatur) are concerned that dam construction may be restarted, for 2 main reasons:

As a result campaigners have called for the creation of the Vjosa River National Park. This would be an IUCN Category II national park (a much stricter designation than national parks in the UK) and therefore protected under Albanian law from most development, including hydropower dams.

This method of river protection is also being explored in other parts of the world such as the Upper Salween (Nu) river in China and its change in management from hydropower development to a river-based national park.

We are asking for your help to support the calls for a Vjosa River National Park and to preserve this vitally important river for everyone’s future.

On the 25th April Albania will elect a new government, 96% of Albanians have stated they would support such a Vjosa River National Park so we want this to be key election issue.

Albania is currently applying for EU accession, the EU has already expressed support for the protection of the Vjosa, we want the EU to support the proposal for the Vjosa River National Park as part of this process.

Please contact the EU and Albanian politicians on social media using #VJOSANATIONALPARKNOW and show them this issue is important to Albania, to Europe, and to you. You can use the images below (from the awesome Balkan River Defence). If you live in the EU please include your own MEP in the tags.

you could also repost our post below, or share to your stories and insert the tags above.

Who are we targeting?

Edi Rama is the current Albanian Prime Minister he promised that the Vjosa would remain dam-free in 2020 but so far his actions have not supported this. Lulzim Basha and Monika Kryemadhi are his main opponents in the April 2021 elections. 96% of Albanians support a Vjosa National Park so this should be a key election issue.

She is mixed on environmental policies, supports the Green Deal that contains biodiversity targets but also supports the European Union–Mercosur free trade agreement which has been criticized for risking increased Amazon deforestation. The key decision-maker in the EU.

An EU politician who has spoken up for increased protected areas and enhanced biodiversity targets during his time as Environment, Oceans and Fisheries commissioner.

For a huge amount of peer-reviewed information on how hydropower development is destroying the rivers of the Balkans click here: