By Tom Laws2nd June 2020Heart of Kendal
No Comments 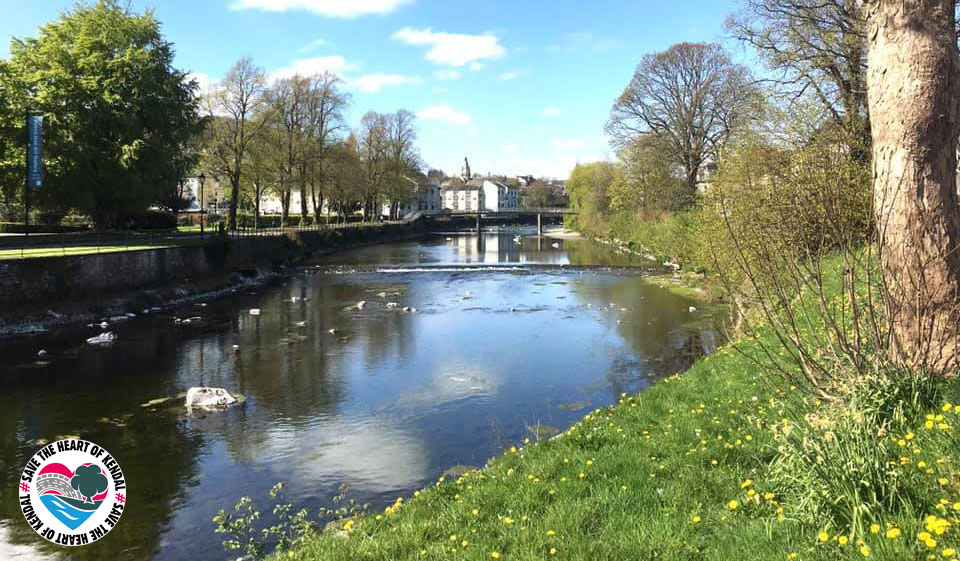 Dredging is the act of removing loose sediment and other deposition from the riverbed and transporting it to another location.

During large-scale events the river is unable to cope with the volume of water that needs to be transported, and bursts its banks. We have noticed multiple people calling for the Kent to be dredged as a solution for Kendal. Below we detail some of the arguments against dredging, and why this won’t provide a solution for Kendal.

Dredging severely impacts the habitats of invertebrates, which has a knock on effect further up the food chain on fish, and then on top predators such as Otters and Kingfishers.  (Source)

Due to increased erosion from the faster flowing water it can have a big impact on the bankside species too. Existing species are removed and invasive species such as Japanese Knotweed colonise the banks of watercourses. (Source)

Increased erosion of the banks and bridges at dredging sites. Batman Bridge has already become unstable as a result of high water events. As dredging would increase the speed of water through town, this would risk the rest of our bridges, as well as increasing erosion of the banks of the river, requiring future engineering works and impact on our town (4).

Other protected species such as freshwater pearl mussels (5) and white clawed crayfish  (6)are impacted by the removal of sediment and loss of habitat, as well as small riverside mammals such as water voles (7).

A river is a system of transporting water from the hills to the sea. In order to effectively manage flood peaks then slowing water transportation from our hills, rather than increasing the speed it can travel through our town should be the first point of call for any flood relief scheme. There are alternatives on the table that work with our local communities and protect our town. Lets not forget that the proposals from the Environment Agency will not protect Kendal from a Storm Desmond level flood, and yet will ruin our towns asthetics, whilst causing untold further economic damage due to the construction post COVID-19. Join us in writing to Giles Archibald to call on him to pause this scheme and allow us at the least to recover economically, whilst working on upland schemes to slow the flow. Call To Action