The eyes of the nation will be on Kendal

By Dan Yates11th January 2020Heart of Kendal
No Comments 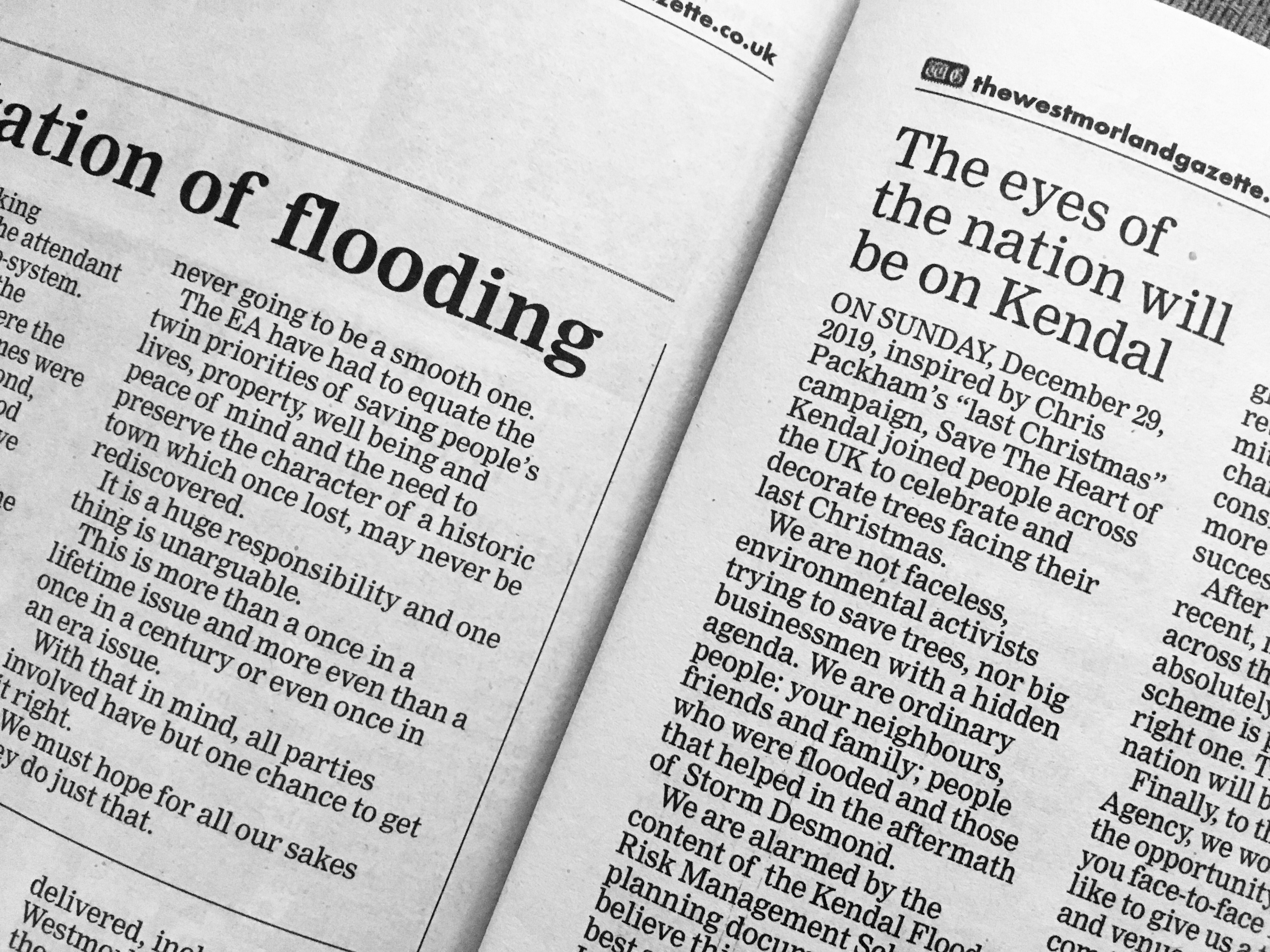 On Sunday 29th December 2019, inspired by Chris Packham’s “Last Christmas” campaign, Save The Heart of Kendal joined people across the UK to celebrate and decorate trees facing their last Christmas.

We are not faceless, environmental activists trying to save trees, nor big businessmen with a hidden agenda. We are ordinary people; your neighbours, friends and family; people who were flooded and those that helped in the aftermath of Storm Desmond.

We are alarmed by the content of the KFRMS planning document and believe that this scheme is not the best solution for Kendal. Indeed, we think it has serious structural flaws. Save The Heart of Kendal gives a voice to residents, local business owners and a significant number of flood victims who strongly oppose the plans. We have received over 3,000 signatures calling for a rethink.

Successful and sympathetic flood schemes are possible and have been implemented in places where the people in power would not accept anything less than natural or aesthetically pleasing solutions. Pickering and York are prime examples.

As a group calling for the best possible flood scheme for Kendal, we welcomed the mention of revisions in a recent EA statement. Yet today we are disappointed to hear that one such change might not go back to the planning committee, for fear of facing opposition and causing delays.

Any discussions around glass walls, and a subsequent return to planning regarding mitigation, could offer a chance for a more considered and, eventually, a more appropriate and successful scheme.

After Storm Desmond and recent, major flooding events across the country, it is absolutely imperative that this scheme is proven to be the right one. The eyes of the nation will be on Kendal.

Finally, to the EA, we would welcome the opportunity to meet with you face-to-face if you would like to give us a time, date and venue. www.facebook.com/savetheheartofkendal/

Save The Heart of Kendal