By Tom Laws26th November 2015December 5th, 2016Save the Conwy, Uncategorised
No Comments 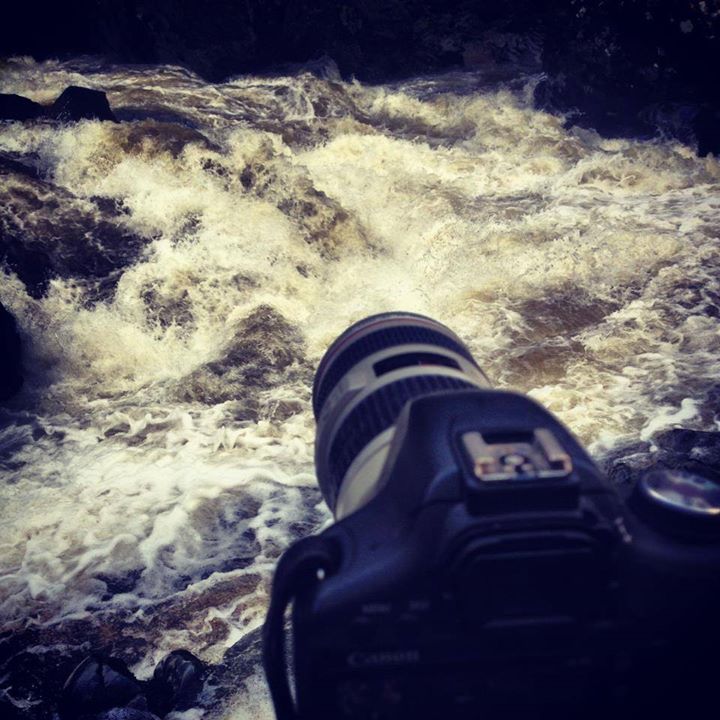 In recent weeks Save the Conwy has been in contact with Janet Haworth AM, Shadow Minister for the Environment. As a local AM who has previous worked in the tourism industry she has obvious concerns about the proposed hydro scheme. She has been in contact with both the National Park and NRW and has been raising the issue with fellow Ministers. Her latest press release is below:

Those same Victorians who transformed Britain into the fulcrum of the Industrial Revolution  knew Conwy Falls and came to find peace and to reconnect with Nature  away from the frenzied life amongst the Dark Satanic Mills.

Today the café and car park have become something of a tourist hub attracting visitors en-route into Snowdonia. There are mountain bike tracks  and a High Ropes activity centre nearby. A recent attraction, ‘Go Below’ has its base at this location.  During my visit on a cold November day I met photographers, hikers and a kayaker. testament to the increasing all year round tourism business that is growing year on year here in North Wales.

The argument that carbon emissions must be reduced packs a punch but the Welsh Tourism Industry also packs a punch supporting thousands of jobs and attracting billions of pounds into the Welsh economy.

Arguments to exploit our countryside for commercial gain and the need to conserve our treasured and outstanding landscapes have until recently achieved some sense of balance within the establishment of National Parks, Areas of Outstanding Natural Beauty and SSi site designations

We  are losing natural habitats at an alarming rate. This has been highlighted recently at an event hosted at the Welsh Assembly by the Environment Committee.

RWE’s proposal  to erect a weir to generate hydropower within the Snowdonia National Park will locate an alien and industrial structure  at Conwy Falls.  I have studied the plans and attempts to adapt and mitigate with,’soft engineering techniques,’ appeared cursory.

The promise of clean renewable electricity will be modest while the long-term income  from  this project will of course be welcomed by the promoters and investors.

I have to ask would  the RWE  engineering company promoting this proposal get away with locating this plant within the beauty spots of the Bavarian mountains and forests?

Only 25% of our Welsh countryside enjoys protected status I know why places such as Conwy Falls are amongst our national treasures as do the 4000 + who have signed the petition against this plan and the various environmental agencies who have along with the Snowdonia Society raised their voices in protest.