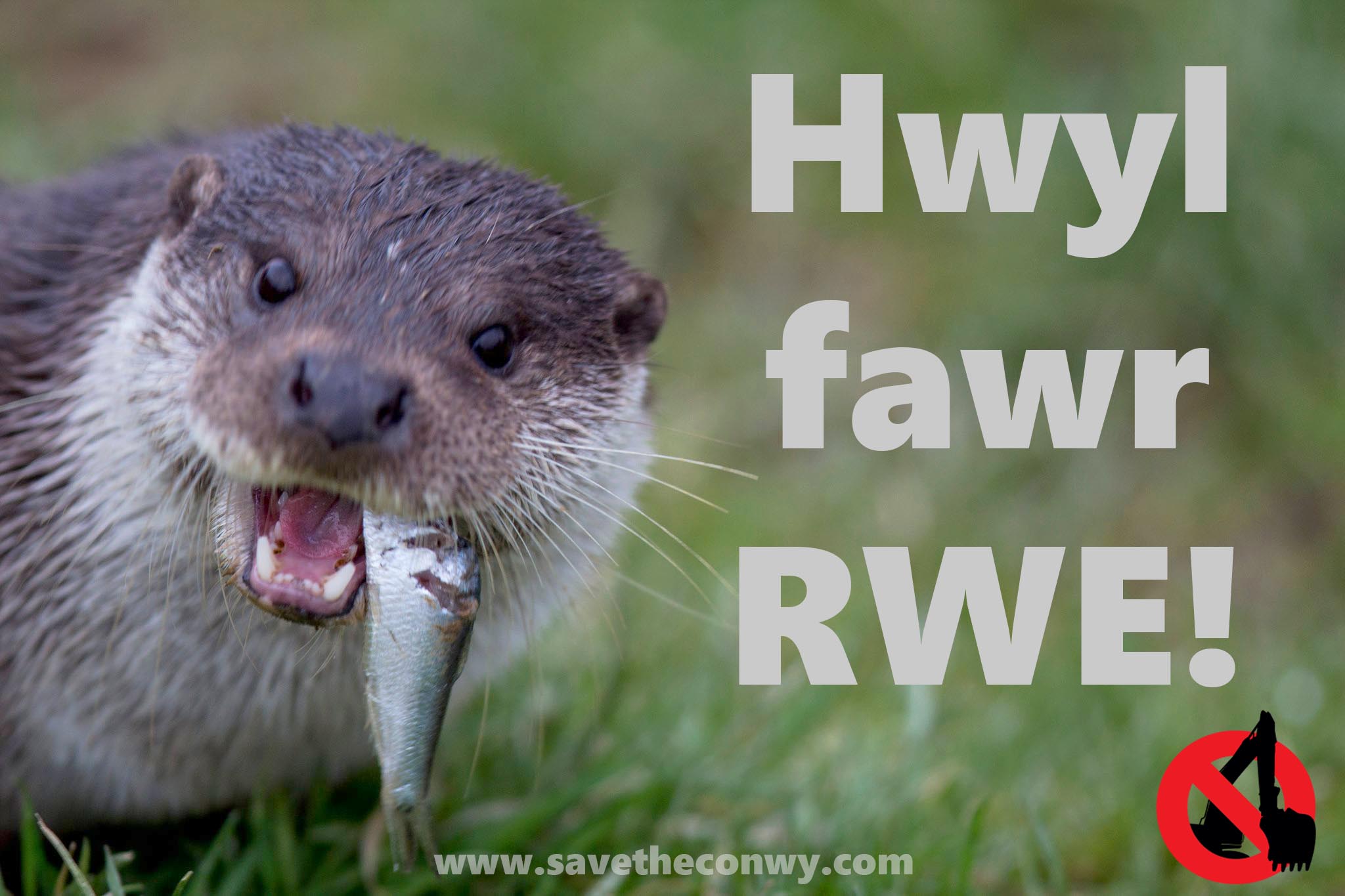 On Thursday 28th September 2016 RWE withdrew their planning application for the Conwy hydro scheme. This followed a phone call in which the Snowdonia National Park Authority planning department, forced by the overwhelming evidence presented to it against this development, advised RWE that it would have to recommend refusal at the committee meeting on the 12th October.  Ending, at least temporarily, a 3 year battle to Save the Conwy.

Please be clear this outcome is only the result of an intense and coordinated campaign. When this scheme was first applied for in 2015 the planning officer recommended it be approved. At the first round of planning it was only rejected by a single vote, that of the Authority’s Chair. We have many thanks to give.

Save the Conwy would like to thank our partners in this fight; the Snowdonia Society and our sponsors and mentors at Patagonia and 1% for the planet.

And we would like to thank you; for caring about this wild place, for signing the petition, for sending the postcards, for spreading the word and of course for writing letters of objection, not once but twice.

This whole process has raised many questions  of those who are meant to protect our wild places.

Why is the National Trust still involved? How can a conservation charity that promises to protect our special places “forever, for everyone” rent out land it holds in trust for a multinational power company to develop? The National Trust is backing a scheme objected to by every environmental group in Snowdonia, that has been condemned by the ecologist with the statuary duty for it’s assessment and has been refused planning by the SNPA not once but twice. Surely now the National Trust must pull out and save some last vestige of it’s reputation within the park?

How could this scheme get as far as it has through the planning process when it contradicts so many national and local planning guidelines and stands juxtaposed to the founding principles of the National Park(1)? Why have so many smaller hydro schemes been granted permission and then allowed to be built way outside of their construction method statements, resulting in catastrophic damage to their local habitats(2).

How could NRW allow this scheme to progress when it breaks both Water Framework Directive (on geomorphology grounds) and their own guidelines on building new weirs in main rivers(3)?

How can the park so easily dis-guard what is the most important stretch of whitewater in Snowdonia? One of international importance that draws kayakers from across the UK and beyond. Why has the park shown no concern for or held no consultation with local kayakers and Canoe Wales?

Most of all how could the importance of preserving a free flowing river important for both migratory fish and recreational users be given such a low level of importance by both the National Park and NRW? Loss of river connectivity is one of the major environmental challenges faced in the world today. When in the USA these problems have been learned and dams and weirs are being removed, why are our regulatory bodies so far behind the times?

There now needs to be a complete reassessment of hydro power development in Snowdonia. The existing site designations and planning policies provide plenty of protection for our wild rivers but they are not being adhered to by either the SNPA or NRW. An assessment of the  accumulative effects of multiple small scale schemes within a single catchment is urgently required before any more licences are granted. We have situations such as the Llanberis pass where every single tributary of a main river has it’s connectivity broken by small scale hydro and no-one has any knowledge of the environmental effects that will have.

Let us hope that the National Park Authority, NRW and the National Trust now take the opportunity to re-think the future of our few remaining free-flowing rivers. That they choose protection over exploitation. Save the Conwy and our partners will be here to see that they do.

(1)These purposes are to:

The National Park also has a duty to:

(3)We are unlikely to be able to grant licences in connection with applications for such schemes in designated sites and their supporting habitats.