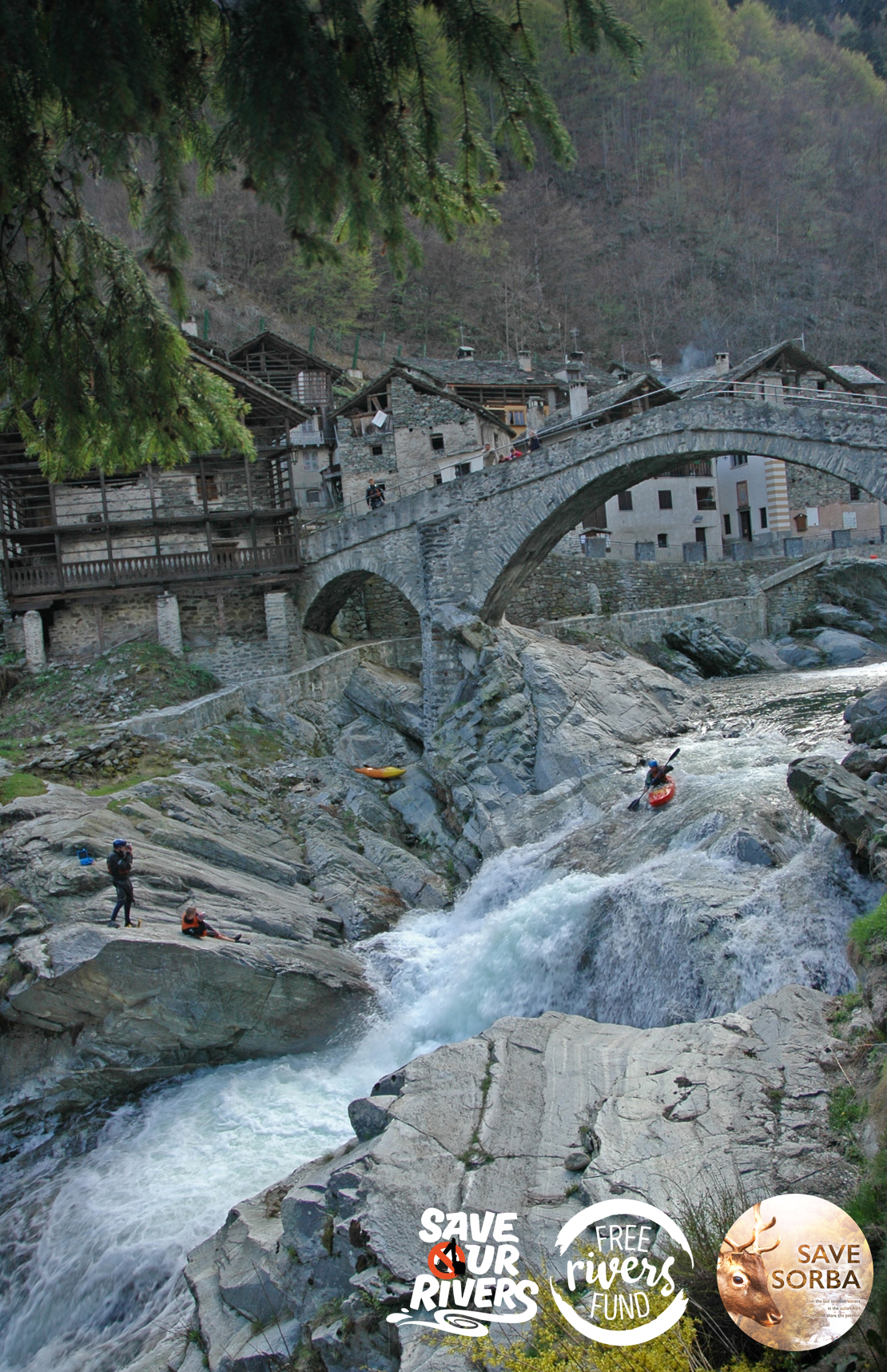 Valsesia, Piedmont; a paradise in the Northern Italian Alps. In winter, the snow-capped mountains draw skiers and mountaineers. In spring, as the snow melts, the valley’s rivers become a mecca for white water kayakers and fly fisherman. Drawn from around the world to their crystal-clear waters and bedrock rapids.

At the heart of this region lies Val Sorba and the village of Rassa. The village has only 67 residents (many of them not year-round) but is visited by over 10,000 tourists a year drawn to kayak, fish, or simply hike alongside the beautiful rivers. Rassa is famous amongst kayakers as the previous site of the Teva mountain games extreme kayaking race. But it is under threat from a Hydro Power Project.

This village is the planned site for a 226KW small scale hydropower plant (HEP). Sited at the confluence of the Sorba and Gronda rivers it will initially involve a dam on the upper Sorba and over 1 kilometre of pipeline dewatering the river (except for a tiny compensation flow). The snow-fed nature of the Sorba means this HEP will only reliably generate power in the spring but the impact of the dam on sediment/gravel transfer and therefore on invertebrate populations and spawning habitats for the resident Bullhead and Rainbow Trout will be year-round. The visual and noise impact of the powerhouse and pipeline will affect the tourism industry of the valley permanently and the consequences of breaking the connectivity of a currently free-flowing river cannot be mitigated for. Local activists also have concerns that once the powerhouse is completed the Gronda may also face the prospect of damming and dewatering to supply the same generator.

Europe is saturated with Hydropower Plants. Hydropower Pressure on European Rivers lists over 20,000 registered hydropower plants in existence with nearly 10,000 more planned or in construction. The AMBER project estimates over 1,000,000 barriers to river connectivity of all types, many of which will be smaller HEPs not captured in the previous study. Central and Western Europe, and specifically the Alps, bear the main burden of this development and the effect on river health and biodiversity has been stark. Since 1970 freshwater population sizes have fallen by an average of 84% with dams and barriers to river flow being a leading cause. This makes the still free-flowing rivers of Valsesia far too precious to trade for the tiny amounts of energy they can provide. The 226KW maximum generation of the Rassa HEP is the equivalent of running just over 20 electric showers, and only for the short period of the year in which the Sorba carries enough water.

The high environmental cost of small HEP outweighs its value in terms of energy production. A study by the European Commission when discussing HEPs of less than 10MW (some 40 times bigger than the Rassa HEP) reported that:

“This raises the question of the role of small hydro power plants and the pertinence of further developing such infrastructures. Their contribution to the global energy production and security of supply, or to the renewable energy sources targets, is extremely limited. In parallel, their impacts on the environment are severe, as they create multiple interruptions in water flows and fish passages, increase habitat deterioration and require individual road access and grid connections.”