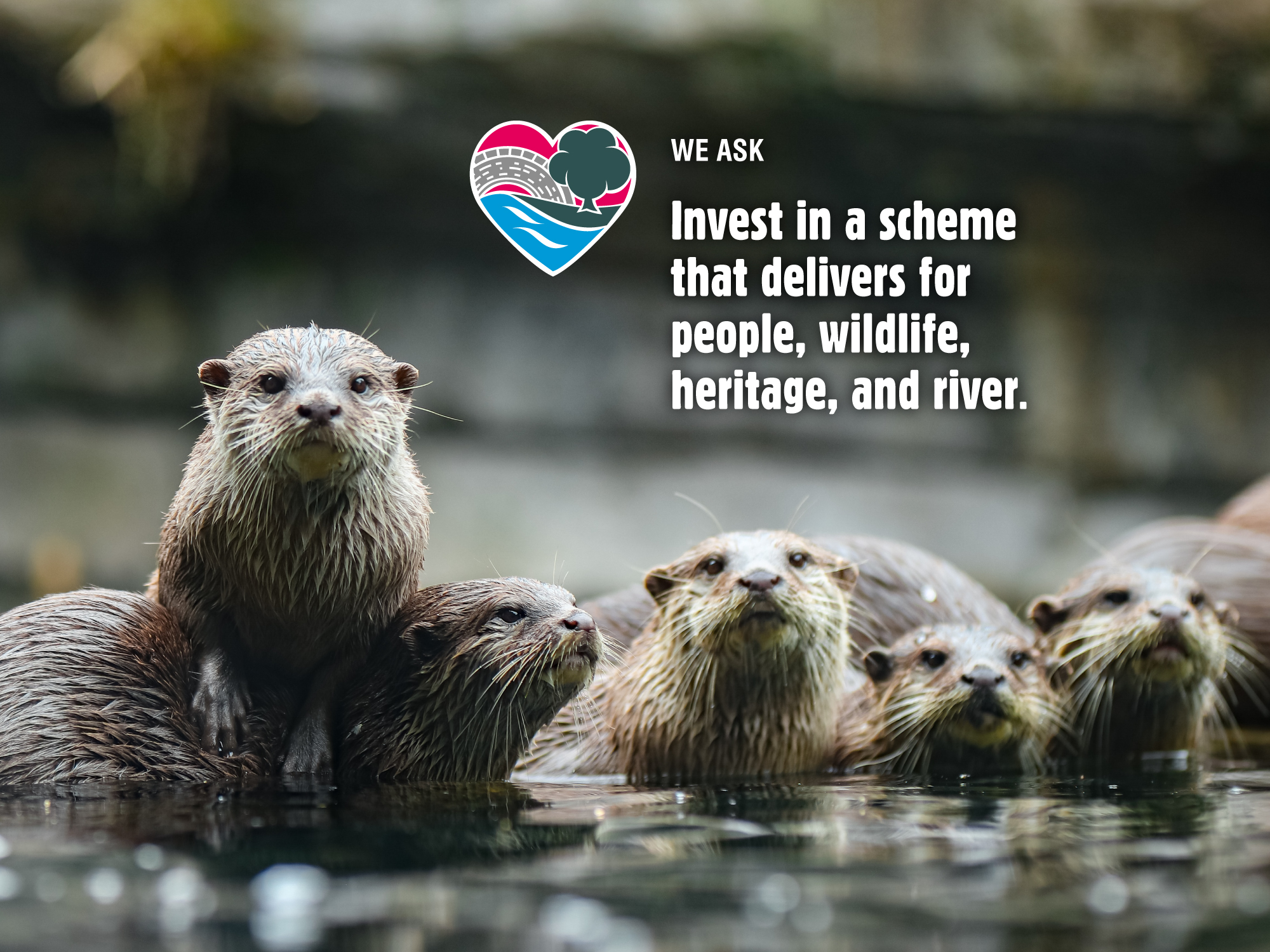 Campaigners and individuals have been busy, attending meetings, lobbying councillors, feeding into consultations, uniting, and meeting with folks in the community and wider catchment area.

We believe Kendal deserves more sympathetic, non-destructive solutions that deliver for Kendal, its people, heritage and environment not unsightly, concrete walls. We are calling for the EA to:

Almost ALL Kendal’s mature riverside trees will be FELLED. They are essential habitat for wildlife, especially for four local BAT species which SHOULD be protected by U.K. law.

Endangered Atlantic SALMON depend on the upstream riverbed for breeding and spawning at each end of their life-cycle. The huge DAM will impede this and could drive them to local EXTINCTION.

Impending TREE FELLING and construction will ruin the habitat of the Kent’s OTTERS during the breeding season. Dippers, Kingfishers, Crayfish and Bullheads are all in grave danger as the river is CANALISED with CONCRETE.

Riverside mature trees WILL NOT be replaced 6 for 1 as many believe. Most planting will be at Mintsfeet; NOT IN TOWN.

The proposed ‘nature reserve’ area on the edge of town is ALREADY a wild habitat for KESTREL, Otters, Fox and ROE DEER. It will be landscaped as part of the mitigation for environmental habitat damage thus causing EVEN MORE DAMAGE to local species.

A 6km CONCRETE WALL will OBSCURE the River Kent, and Kendal’s cherished river environment will be DAMAGED beyond repair.

Open fields, trees and hugely important RIVERBANK habitat at Mintsefeet and Kentrigg – popular with walkers, golfers, canoeists, anglers and children – will be DESTROYED if a dam structure and flood storage area for 1.7 MILLION cubic meters of water is built.

From EA plans, engineers estimate that 3500 tons of concrete and over half a million tons of clay, soil and stone will be brought into the town. An estimated 31,000 HGV JOURNEYS.

This will cause TRAFFIC CHAOS for residents, businesses and visitors, as well as a significant ENVIRONMENTAL IMPACT.

The likely CARBON EMISSIONS for the scheme are in excess of 2,025 tonnes of CO2; EQUIVALENT TO FLYING A 737 JET 300 TIMES AROUND THE WORLD.

What can you do?

Please sign and share before it’s too late! The EA states that the scheme will not protect against another Storm Desmond or even one half it’s size or less; just 227 homes and 71 businesses will be better off in a 1 in 20 year flood and more than 20 will be newly at risk of flooding. Pause, Review & Rethink!