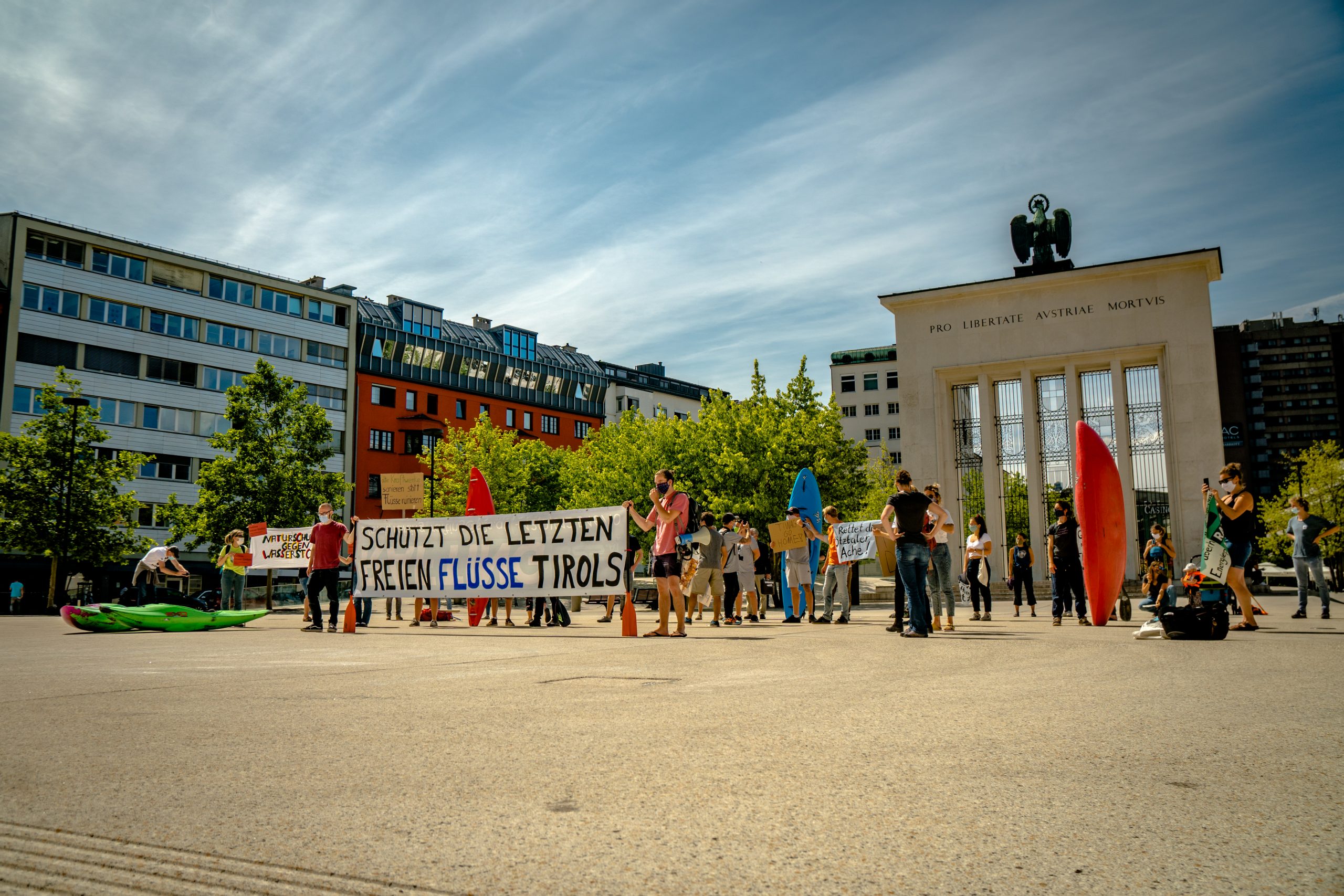 Wednesday, 3rd June representatives from Save Our Rivers,WET – Wildwasser erhalten Tirol, WWF – Austria and the Citizens’ Initiative Against Tumpen Hydropower Plant presented a petition calling for a halt to the construction of a hydroscheme in Tyrol’s largest free-flowing river.

The petition was received by LH-Stvin Ingrid Felipe and LH-Stv Joseph Geisler at Landhausplatz in Innsbruck.

As the WWF representative was discussing the impact that the continued construction of hydro schemes was having on Austrian river systems with LH-Stv Joseph Geisler he tried to interrupt her statement and when she continued Geisler turned to LH-Stvin Ingrid Felipe and described the WWF worker as a “Widerwärtiges Luder” (translation: “Disgusting Bitch”).

The exchange highlights not only the stubbornness with which the Tyrolean Government pursues its’ outdated energy policy, against both the advice of its’ own environmental experts and European Environmental Law. But also the contempt with which it holds those who seek a greener future. The misogynistic and sexist treatment of a professional environmentalist working for a well respected international NGO by Geilser has rightly been treated as a scandal by the Austrian press.

Big thanks to the Pistyll Production boys and Bren Orton for representing us at the handover, current Corona Virus travel restrictions prevented us getting there from the UK.