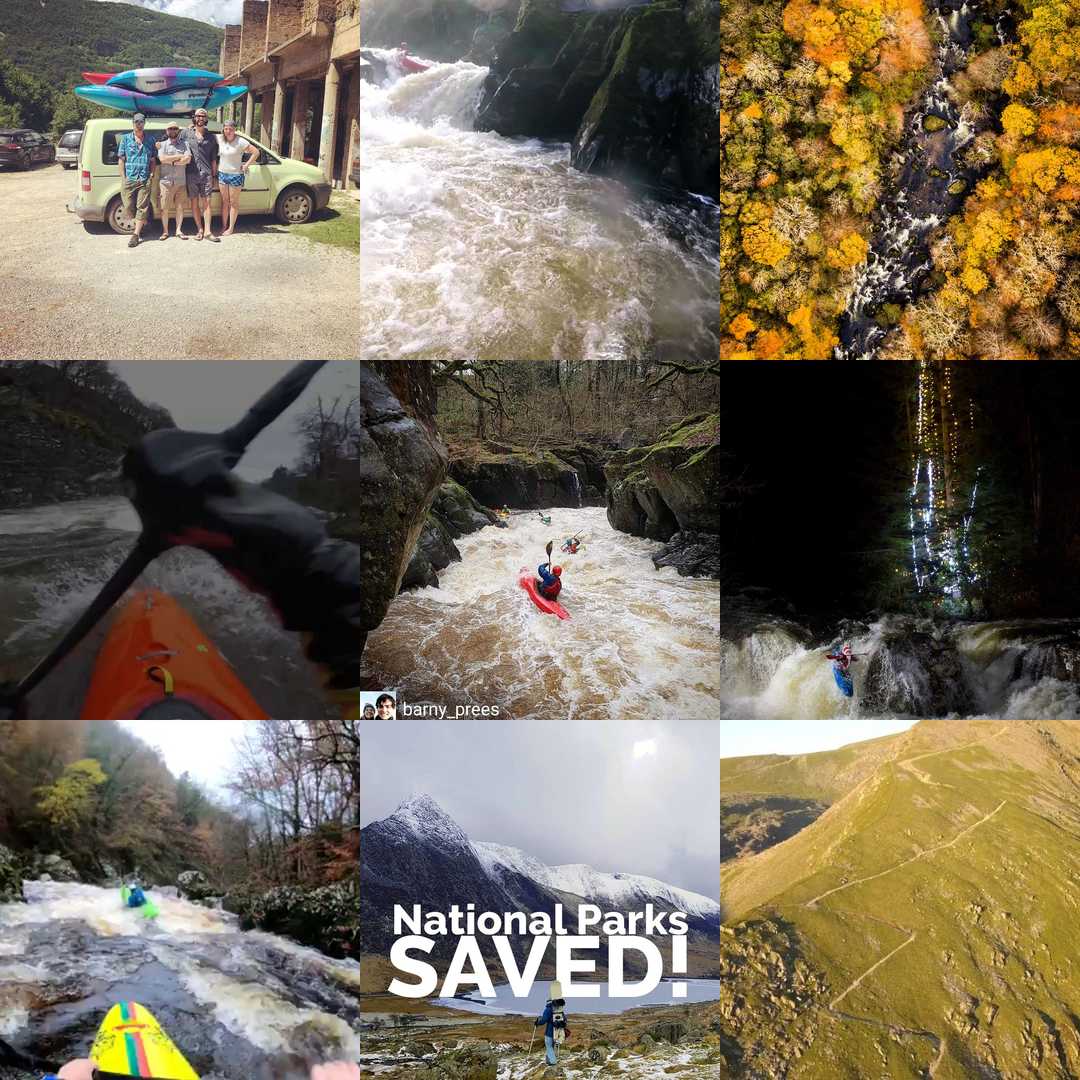 2018 has been another great year at Save Our Rivers, here are some of our highlights:

In 2017 we ran our huge National Parks Matter campaign against Welsh Government plans to remove the main environmental protection governing our National Parks. Following widespread opposition from across the conservation sector these plans were finally dropped in March of this year with an announcement from the new Environment Minister.

Save the Blue Heart

In the spring we supported Patagonia’s Save the Blue Heart campaign against over 2700 dams planned for the Balkan Peninsular. Touring with the Blue Heart film around the UK and Ireland giving talks and answering questions about this unfolding environmental tragedy.  The campaign resulted in the hand over of a petition with 120,000 signatures to the European Bank for Reconstruction and Development. The largest petition ever received by the bank on an environmental matter.

The National Trust plans new dams in the Ogwen Valley.

Welsh Government plans to allow small scale hydro to be built without planning permission saw us asking our followers to respond to an NRW consultation. The overwhelming number of responses in favour of keeping full planning requirements for all hydro schemes meant that these plans have been dropped for now.

The Autumn saw us headed out to support our friends at Balkan River Defence on the Balkan River Tour 3 , with street actions in Podgorica and river actions on the Tara it was an action packed and inspiring trip. Can you make it next year for Balkan River Tour 4 and do your bit to keep the pristine rivers of the Balkan Peninsular flowing free?

This year Free Rivers Fund has gone from strength to strength with more money granted to more projects from more countries than ever before. Save Our Rivers were stoked to be able to represent Free Rivers Fund this year at Tryweryn Fest, Kayak Fest Tara and on the paddlesports stage at Kendal Mountain Film Festival.

A huge part of our work is to respond to the almost constant planning applications for new hydro schemes on the rivers and streams of Snowdonia. Some great news is that one of the most damaging proposals for a 600kw scheme on the Afon Cynfal has just be rejected by the planning department.

Save Our Rivers has been getting it’s teeth stuck into some cool side projects as well. Tom has become a key player in the new Trash Free Trails and Dan has joined forces with Surfers Against Sewage Anglesey to work towards the Plastic Free Anglesey community status.

It hasn’t just been campaigning work this year; Save Our Rivers has skied French glaciers, Canadian tree runs and Argentinian  couloirs.  We have multi-day hiked in the Alps, paddled the deepest canyons on Earth in Peru, kayaked down the pristine rivers of the Balkan Peninsular and spent every other spare minute biking, climbing, skiing and kayaking in the place we call home; Snowdonia National Park. Oh yeah and we somehow held down our day jobs and managed not to get divorced in the process.

If just 2 guys (and their friends) with a passion for outdoor sports and the wild places it takes them can do all this in 2018 , imagine what we could all do together in 2019.

Massive thanks to Patagonia , NRS and Radical Rider for helping us on our campaigns and our adventures. Plus a big shout out to our comrades in arms Snowdonia Society , The Rivers Trust and Balkans River Tour.