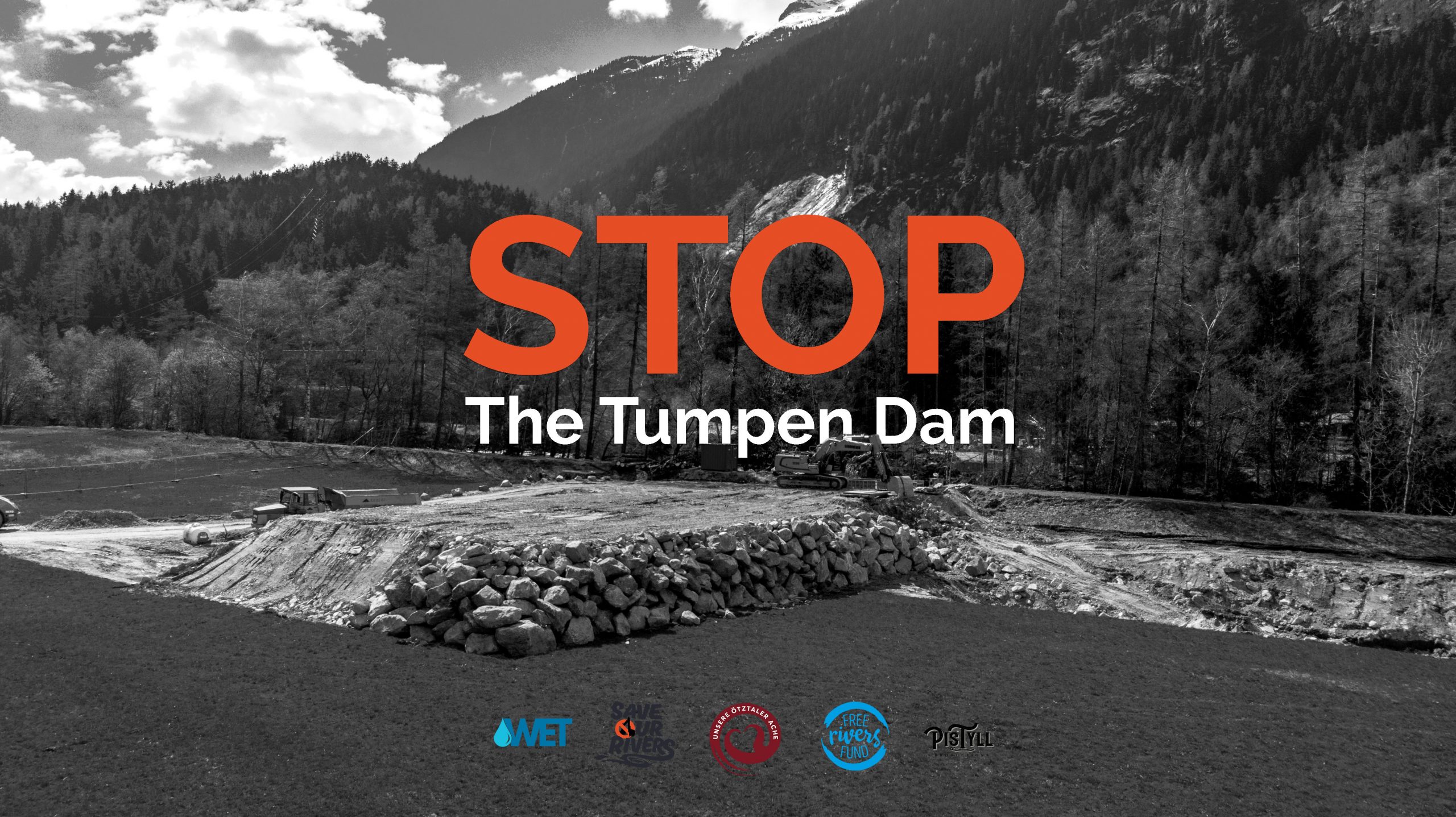 There are estimated to be over 1 million dams fragmenting European rivers (Garcia de Leaniz, 2008) and the impact of this on biodiversity has been catastrophic. Populations sizes of freshwater species have declined by 81% in the period between 1970-2012 (Living Planet Report, WWF, 2016). This puts river and wetland as the most at threat ecosystems on the planet. The lose of such a large remaining natural river would be an environmental catastrophe.

The Austrian utilities company TIWAG plans to dam and divert the water from 7 of the major tributaries of the Oetz and divert their flow through tunnels and out of the valley. 3 to feed the HEP plant in the Kühtai valley and 4 to the HEP at Kaunertal. In total 43% of the Ötztaler Ache’s catchment will be diverted out of valley. TIWAG also own a large share in the company building the Tumpen run of river hydroscheme currently under construction on the main Ötztaler Ache.

You can read more on these plans here: WILDWASSER ERHALTEN TIROL

The impact on the environment and recreational opportunities available on the Ötztaler Ache are stark. Studies by WWF show that these constructions are neither desirable nor necessary in order for Tyrol to meet its renewable targets:

“The Tyrolean goals for energy savings by 2050 are good and ambitious. However, the currently planned share of hydropower is excessively excessive and cannot be realized if Tyrol wants to take nature conservation seriously in the future. Our scenario and the goals of the state of Tyrol for the energy transition show that this is not even necessary. These hydropower plans are obviously relics from earlier times with different priorities. We reject climate protection arguments for excessive hydroelectric power today as a swindle on the label, ” WWF Austria

Of immediate concern is the currently illegal construction of the Tumpen Hydro Scheme. Current plans would see the Achstürze Falls de-watered devastating this steep and ecologically unique section of waterfalls.

Also seriously affected would be the section of river immediately downstream. The world-renowned ‘Wellerbrücke’ rapids. Famous as the stage of the Sickline Extreme Kayaking World Championships. The upper section would run dry, and the lower section would no longer follow a natural flow regime – instead the levels would rise and fall according to how much energy the electricity company chooses to sell. The residents living near the planned reservoir in Tumpen are rightly concerned of the increased flood risk for Tumpen and Habichen and the siting of the planned reservoir within a mudflow area.

The impacts on ecology, landscape, recreational value and flood safety are huge. Far outweighing the benefits of the minimal amount of electricity the power plant would be able to produce – a mere 14.48 MW at maximum output.

Plans for the scheme can be seen here: Tumpen-Habichen Power Plant Oetztaler Ache

WWF Austria has filed an appeal against the plant’s nature conservation permit with the Provincial Administrative Court and an appeal against the “wasserrechtliche Bewilligung” lodged with the Supreme Court (VwGH) is still pending. The local citizens’ initiative “BI gegen Wasserkraftanlage Tumpen” also has an outstanding appeal with the VwGH regarding the permit.

Local citizens are outraged in the way construction was started. There’s been no public information, no construction negotiation, and they feel the developers’ raid-like speed has taken advantage of the Corona crisis curfews to keep those who would wish to protest at home. Legally, though, construction sites can carry on working – which leaves this project a done deal if we don’t act now.

A petition has been started by WET – Wildwasser Erhalten Tirol  and supported by the Free Rivers Fund, WWF Austria WWF Austria, the citizens’ initiative “BI gegen Wasserkraftanlage Tumpen” and by us here at Save Our Rivers.

The Ötztaler Ache the largest currently free-flowing river in Tyrol. Home to diverse riverine ecology, bank side alpine meadows and a mecca for white water kayakers from around the world. This jewel of Austrian rivers, home to the European and World Championships - the Oetz Trophy - is now threatened by multiple hydro power developments.