Loss of Biodiversity is the greatest threat humankind has ever faced 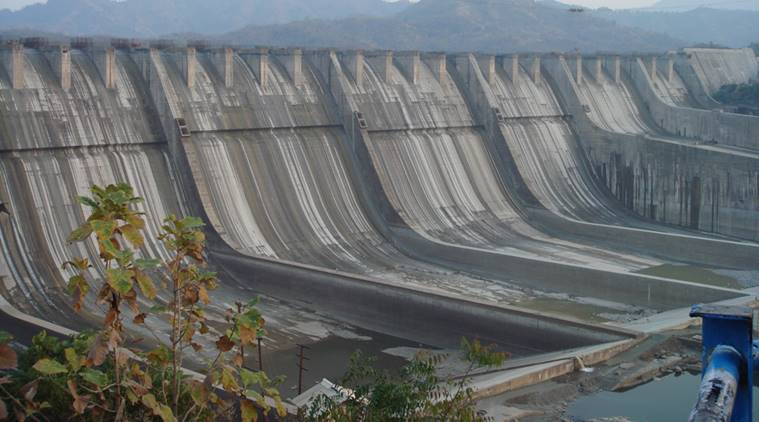 Save Our Rivers has become increasingly concerned that the narrative around environmental protection has become focused entirely on the issue of carbon.Whilst reaching the target of net zero emissions by 2050, as recommended by the IPCC , is essential; to do so without equal focus on preserving biodiversity, at risk habitats and natural processes will leave us with a planet wide environmental crisis.

A report released in Paris on May 6th 2019 by the Intergovernmental Science-Policy Platform on Biodiversity and Ecosystem Services (IPBES) is the most comprehensive assessment on the state of our environment ever undertaken.

It was compiled by 145 expert authors from 50 countries over the past three years, with inputs from another 310 contributing authors, a systematic review of 15,000 scientific sources and included the knowledge of local and indigenous people. The evidence is irrefutable and makes for stark reading. The 40 page summary is available for download here , the full 1,500 page report will be available later in the year.

Text in blue a direct quote from the report.

The report can be broken down into the following main sections.

The biosphere, upon which humanity as a whole depends, is being altered to an unparalleled degree across all spatial scales. Biodiversity – the diversity within species, between species and of ecosystems – is declining faster than at any time in human history.

The global rate of species extinction is already at least tens to hundreds of times higher than the average rate over the past 10 million years and is accelerating.

The Living Planet Index, which synthesises trends in vertebrate populations, has declined rapidly since 1970, falling by 40% for terrestrial species, 84% for freshwater species and 35% for marine species.

The shear scale of the impact during the last 50 years of human history is clear.  For a further summary of the main figures click here: https://www.un.org/sustainabledevelopment/blog/2019/05/nature-decline-unprecedented-report/

Why is this the leading issue of our time?

Nature is essential for human existence and good quality of life. Most of nature’s contributions to people are not fully replaceable, and some are irreplaceable. Nature plays a critical role in providing food and feed, energy, medicines and genetic resources and a variety of materials fundamental for people’s physical well-being and for maintaining culture

Nature, through its ecological and evolutionary processes, sustains the quality of the air, fresh water and soils on which humanity depends, distributes fresh water, regulates the climate, provides pollination and pest control and reduces the impact of natural hazards.

Marine and terrestrial ecosystems are the sole sinks for anthropogenic carbon emissions, with a gross sequestration of 5.6 gigatons of carbon per year (the equivalent of some 60 per cent of global anthropogenic emissions).

It is clear that we cannot hope to fight climate change, feed the population and continue to drink clean water or breath clean air without intact natural processes.

What is driving this deterioration?

For terrestrial and freshwater ecosystems, land-use change has had the largest relative negative impact on nature since 1970, followed by the direct exploitation, in particular overexploitation, of animals, plants and other organisms mainly via harvesting, logging, hunting and fishing. In marine ecosystems, direct exploitation of organisms (mainly fishing) has had the largest relative impact, followed by land/sea-use change.

Land use change consists of habitat loss and habitat fragmentation, conversion of habitat to agricultural, urban or industrial land, the building of infrastructure such a roads, dams and canals.

Globally, paved road lengths are projected to increase by 25 million kilometres by 2050, with nine tenths of all road construction occurring within least developed and developing countries. The number of dams has escalated in the past 50 years. Worldwide, there are now about 50,000 large dams (higher than 15 metres) and approximately 17 million reservoirs (larger than 0.01 hectares OR 100m2) {2.1.11}. The expansions of roads, cities, hydroelectric dams, and oil and gas pipelines can come with high environmental and social costs, including deforestation, habitat fragmentation, biodiversity loss, land grabbing, population displacement, and social disruption including for indigenous peoples and local communities.

Climate change is listed as the third most important driver, following land/sea use change and direct exploitation, however it has a compounding effect and is inter-related with the other drivers.

What needs to be done?

The report shows we cannot continue with business as usual:

Except in scenarios that include transformative change, negative trends in nature, ecosystem functions and in many of nature’s contributions to people are projected to continue to 2050 and beyond, due to the projected impacts of increasing land/and sea-use change, exploitation of organisms and climate change.

There is much talk of solving the climate crisis through technology alone. How a high tech/engineered solution will drive jobs and prosperity whilst allowing our consumption to remain unaffected. Both in the UK and the USA this has been touted through the “New Green Deal”. Maintaining our level of consumption through technologies dependent on an increase in practices such as; open cast cobalt mining in Congo and Lithium extraction in Chile simple means telecoupling (shifting by location) our impact onto the developing world. This is often at the expense of indigenous communities whose management of the environment is far better than our own.

Nature managed by indigenous peoples and local communities is under increasing pressure.

Some climate change mitigation programmes have had negative impacts on indigenous peoples and local communities. The negative impacts of all these pressures include continued loss of subsistence and traditional livelihoods from ongoing deforestation, loss of wetlands, mining, the spread of unsustainable agriculture, forestry and fishing practices and impacts on health and well-being from pollution and water insecurity. These impacts also challenge traditional management, the transmission of indigenous and local knowledge, the potential for sharing of benefits arising from the use of, and the ability of indigenous peoples and local communities to conserve and sustainably manage, wild and domesticated biodiversity that are also relevant to the broader society

The loss of biodiversity and humankinds’ impact on nature has been increasing exponentially over the last 50 years.  It is higher now than at any previous time in history. Whilst climate change is truly an emergency it is not the only, or indeed the most important, threat to our existence. The journey we make towards reaching netzero emissions by 2050 will only be successful if it includes nature-based solutions and doesn’t impact on natures ability to act as a sink for 60% of global anthropogenic emissions. Methods of low carbon energy production should be decided based upon their impact on nature and biodiversity rather than profit, developer lobby or public perception. Enabling the production of our low carbon technologies through the telecoupling of their impacts to the developing world does little to expunge the exploitative legacy of our colonial past.

Politicians, environmental groups and the public continue to focus on carbon ahead of all considerations. Recent changes to planning policy in Wales have degraded environmental protections for designated areas with the express purpose of enabling renewable development. It is easier to focus on a single issue, such as carbon emission than to realise our entire interaction with the planet is flawed and that climate change is but one symptom of that disease. transformative change is the only way out and it’s should start with:

If we some how manage to reach netzero emissions without far reaching transformative change around our place within nature. If we continue with the current rate of resource extraction, exploitation of organisms and habitat destruction the end result will be the same. A planet unable to support the wonderful array of life it currently does, including our own.